I’m not the type that thinks every steak prepared using sous vide is the absolute best, but I have to admit that these picanha steaks are pretty epic. Sous vide picanha has incredibly rich flavors, slowly cooking in a combination of its own fat, salt, and smashed garlic. All you’ll need is a fork. And sweatpants.

So, why sous vide?

Sous vide cooking is a way to prepare food gently, using an extremely controlled method of temperature. This process allows for slow cooking, right under your target temperature for meats. Any flavors that are added into the vacuum-sealed bags are completely infused into the meats, providing intense flavors.

Here’s an amazing guide for getting started with sous vide cooking if you’d like to dive deep.

STOP – Don’t want to sous vide your picanha? Check out my recipe for Reverse Seared Picanha

The biggest benefit of sous vide cooking (in my opinion) is the ability to easily infuse flavors while cooking. Traditionally, very few ingredients are used to season picanha when cooking over the fire. I wanted to replicate that as much as possible here, with just fresh garlic and salt.

Smashing the garlic cloves and adding some salt in the sous vide bag was all I needed. The picanha has it’s own source of fat on the top, so we don’t need oil, butter, or tallow.

The picanha is sliced into individual steaks after the sous vide process. This gives you the opportunity to portion them the size that you want, and also maximize the seared crust on each piece. I recommend salting each steak where you sliced it, to help build a nice crust (see photo above).

We don’t have picanha in stores in Phoenix (if they are here, they are elusive). Omaha Steaks carries them (called Sirloin Cap Grilling Roast) weighing in around 2.25 lb. Theirs are trimmed and ready to go immediately. You can even sous vide them from a frozen state!** Check HERE to look for their picanhas.

**If you want to sous vide a picanha roast from the frozen state, I recommend adding 45 minutes to cooking time.

You can go with a traditional chimichurri, or give my Hatch Chile Chimichurri a try! 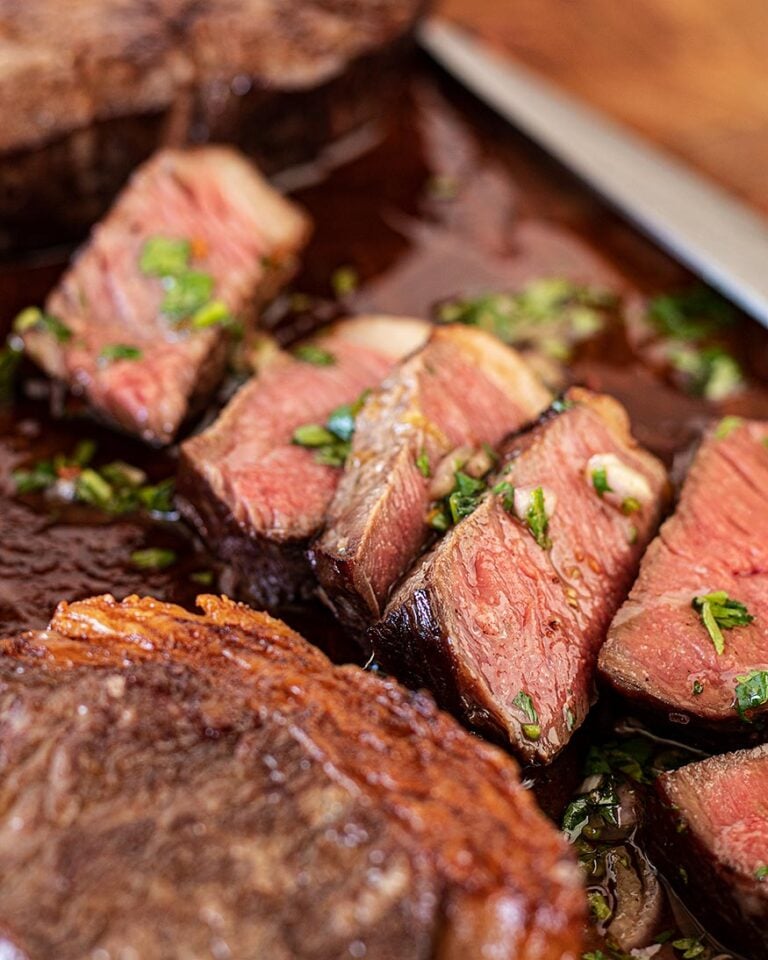 You may season the steaks with fresh ground pepper as well. Feel free to toss in butter at the end of searing if you’d like to baste, but the steaks are already quite flavorful. 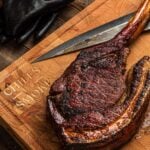 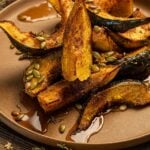