Keep summer meals fresh with this Seared Steak and Grilled Eggplant with salad. Simple to put together, and a quick meal right off the grill.

Keep it Simple in Summer

Fresh flavors reign supreme during the warmer months. Don’t get me wrong, I love those heavy carb-filled spicy burgers, but the food that makes you relaxed and refreshed remains king. Inspiration for this combination stems from Europe and the Middle East with a punch of herbs and garlic. Seared steak doesn’t need to fight its way through to your tastebuds here, so a sprinkle of salt and pepper will do just fine.

Speaking of steak, today’s choice was the Butcher’s Cut NY Strip from Omaha Steaks. Strip steaks happen to be a family favorite for their ease of cooking, fat content, and tenderness. Now they are 25% thicker? Uhh yeah, I will grill those. Omaha Steaks wet-ages their steaks before shipping them out as well, which means they are absolutely tender by the time they hit the grill.

Seared steak and grilled eggplant both have a very similar process for being prepped: Dry-brining. The process of seasoning ahead of time to draw out that moisture is key, especially with eggplant. Water balloons don’t crisp on the grill, so we need to draw out as much as possible ahead of time while also adding some flavor.

The eggplant takes about the same amount of time to cook on the grill, so it’s pretty convenient for this dish. By the time you’re ready to blot the eggplant dry, you can go fire up the grill and get everything ready. The steak will be waiting anxiously when you come back.

Believe it or not, grilling eggplant is also very similar to steak. We already drew out most of the moisture, so now we simply need to sear it. Let’s walk through some steps to make sure you grill some delicious veggies.

That’s a word we don’t see often on Chiles and Smoke. It’s here, and it’s an amazing hit of vibrant acidic flavors which brighten everything on the plate. Fresh tomatoes, cilantro, red onion, lemon, parsley and spices. This is based on a Persian salad, called Shirazi salad. Think of this salad as a cousin of a Mediterranean salad, only with more zing.

The traditional version of the Shirazi salad will use sumac, mint, and other herbs. This one uses cilantro and is topped with feta, to add a burst of salty umami. Feta enhances the the steak as well, using it’s natural salt to boost the flavors. 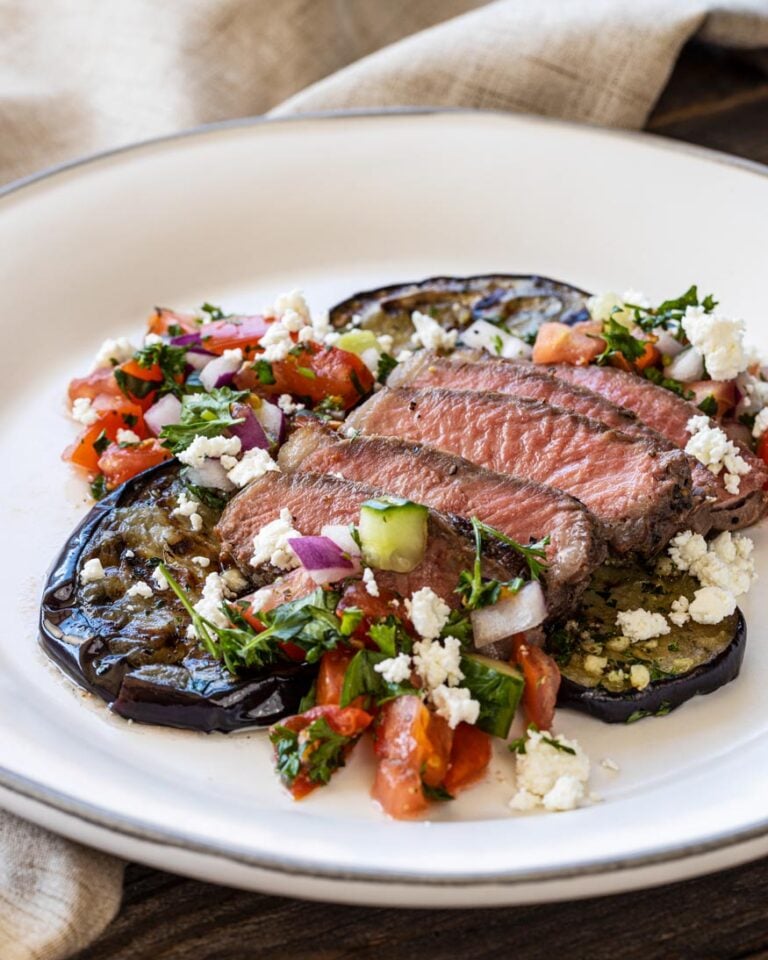 Don’t make the salad ahead of time, the lemon will soften it too much. It’s meant to be more crunchy. 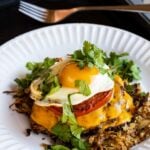 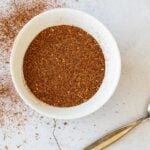