Incredibly juicy Smoked Spatchcock Turkey is simple to pull off and is packed with smoke flavor. Easy to prep, cook, and serve. Give yourself a break with the wet brine and try this method!

Did you ever notice how controversial turkey is? You’d be challenged to find 5 people that would give you the exact same method for smoking a turkey. Everyone has their best-kept family recipe, secret injections, brines, or spices. One of the best parts about barbecue is the journey to achieve something tasty. I’m going to share mine with you.

You’ve here because you saw the words Smoked Spatchcock Turkey and are either generally curious or trying to perfect yours. Let’s focus on a few key points and I’ll break them down.

Funny word for a bird, but to spatchcock means removing the backbone using shears or a heavy knife, flipping it over, and then pressing down on the breast to flatten it. Pressing down firmly will literally crack the breastbone underneath, allowing the turkey to spread completely flat. You might not get the high fives and chest bumps for the picture-perfect Martha Stewart holiday roast turkey, but trust me the taste will make up for it.

Why Should You Spatchcock a Turkey?

Advantages of the Spatchcock Process

Let’s chat about the main reasons why I prefer this method, and hopefully, it will give you enough information to decide whether or not to try it.

The biggest advantage of using this process is even cooking due to the flattened, wider surface. Drumsticks and thighs are exposed more, allowing them to cook faster. Roasting a whole turkey typically cooks the breast faster due to its exposure, leaving you waiting on the dark meat. You also don’t have to worry about the inside areas being undercooked.

Crispy skin is pretty important to me. All of the skin is exposed to heat from the top, providing a consistent cook. No need to flip the turkey here, it should all cook at a similar rate. The fat also drips down, basting the meat, meaning the underside won’t get rubbery or chewy.

A spatchcocked turkey will cook much faster, and can also take higher heat if needed. You will save close to 50% of the cooking time simply by flattening out the turkey. Generally, a 10-14 lb turkey will take you about 2 hours give or take.

Gravy is the Backbone

Do you love gravy? The backbone can be used to make the most delicious broth while you’re smoking the turkey or even the day before. Typically I’ll make turkey broth ahead of time so it’s one less thing to worry about on the big day.

Disadvantages of the Spatchcock Process

Yes, this isn’t a completely flawless process. The few disadvantages are pretty minor compared to a crispy, fast-cooking smoked spatchcock turkey, but I’ll let you be the judge.

No Cavity for Stuffing

Stuffing fanatics might be very upset with this, but I am not. Our stuffing has been made on the side for a long time, as it’s well-known that there are food safety concerns for cooking temperatures inside the cavity. I admit, stuffing from inside the turkey tastes pretty amazing.

Flat turkeys on the table do not present well and take up a LOT more space if you try to showcase it that way. That picture-perfect moment of the reveal isn’t the same.

How to Season a Spatchcock Turkey

Do you enjoy reading? I could write a cookbook simply on the different methods to prepare poultry, from brines, marinades, and confit. We’re not going to cover all of the various ways here.

I’m going to focus on my preferred method for spatchcock turkey, which is using a dry-brine.

Dry-brining uses juices from the turkey to create its own brine. Salting the skin draws out moisture, the salts melt into the juices and then flow back through the cells of the meat. The salted juices will tenderize the meat and retain moisture. The skin is also dried significantly which allows it to crisp up better.

The biggest drawbacks are fridge space and time. Any brining process you use will come across this challenge, but it makes a leveled-up bird for the table.

Seriously, there’s no more you need to do. The salt and spices will make their magic, and the fridge will dry out the skin.

My advice for you is to use any seasoning that you’d prefer for poultry. Here are a few of my favorites:

How to Smoke a Spatchcock Turkey

Remember when I said there is more than one way to do this?

Typically these smokers will generate the most smoke at lower temperatures. If you’re looking for additional smoke flavor, you should smoke the turkey at 225-250°F for at least an hour, before increasing the temperature to 350-375°F. This builds enough layer of smoke and still gives you the room to crank the heat for crispy skin.

Once your temperatures are running around 350-375°F, add in your chosen hardwood chunks for smoking. There’s no need to smoke at a lower temperature.

Yes, it’s possible. Cook the turkey at 400-425°F for extra crispy skin and juicy meat. It won’t be near as smoky, and you’ll need to be mindful about the bottom of the turkey so it doesn’t char. Set up your grill to make sure that doesn’t happen. I recommend raising the turkey higher above the fuel source if possible so it receives as much ambient temperature as possible instead of direct heat.

Placing a giant, flattened turkey on the table might not be the best choice. Portion out the major parts and carve them ahead of time, saving you time and giving you the gift of space.

Remove the wings and legs, separating them at the joints. Take the major thigh bone out, which should slide out pretty easily. Carve the breasts whole right off the bone. Slice the thighs and the breasts like you would a steak, against the grain in servable portions. Everyone will enjoy some crispy skin and there’s no fooling around with a knife on the table.

Need some Sides to Serve? 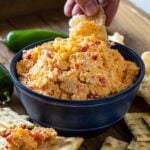 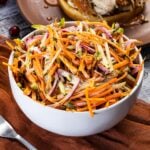 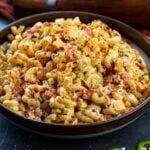 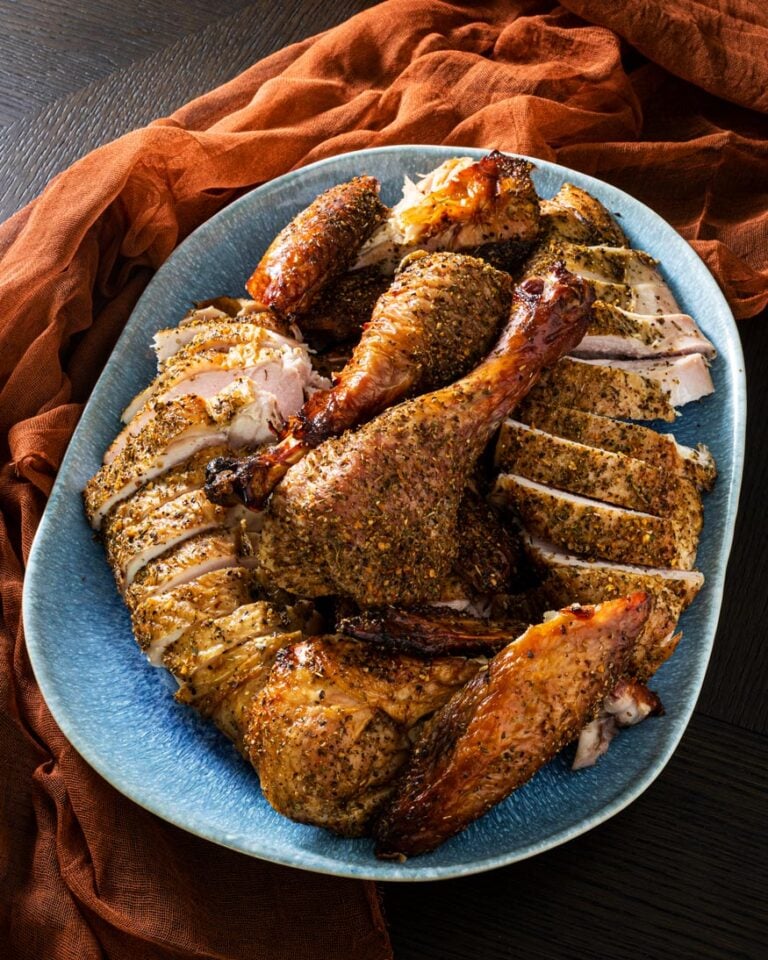 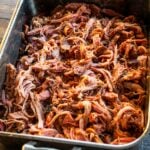 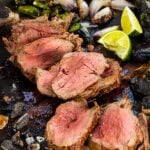