Crispy, Smoked Potato Skins are a quick appetizer filled with fresh jalapenos, melty cheese, and crispy bacon crumbles. Smoke them until crispy and serve plenty, because they will disappear fast!

Classic potato skins get a slight makeover with flavor. Adding a brief blast of smoke works well with any kind of potato, especially when filled with the good stuff.

What are Potato Skins?

Served across the country, these are widely available at bars and restaurants. Essentially it’s just a baked potato skin, with a little potato left behind, filled with delicious toppings, and cooked a second time.

Potato skin recipes can be fried, smoked, grilled, or even just oven-baked. The goal is to melt the cheese (if there’s cheese) and crisp up the potatoes. Think about a large French fry, filled with the good stuff!

They make great appetizers for a game day, party, or even tailgating. It’s likely you don’t want to sit around and wait for potatoes to bake. These skins can be baked and scooped out ahead of time, saving you a little stress when guests are coming.

It Starts with Baked Potatoes

The best potatoes for this recipe are russet potatoes, sometimes referred to as Idaho potatoes. I recommend medium-sized ones, not the massive ones you’d be served at a steakhouse. Ultimately, go for what you like. Few people would complain about a hand-sized smoked potato skin!

Wash the potatoes and poke a couple of holes in them with a fork (so they don’t explode). Bake them at 400°F in your oven or smoker for about an hour, or until they slightly squish when you squeeze them.

Allow the potatoes to cool off slightly and then slice them in half along the length. Save the scooped-out potato flesh for mashed potatoes, or make the Loaded Baked Potato Jalapeno Poppers for a dual appetizer.

Feel free to have as much fun as you want with your topping combinations. The key is having a variety of flavors, spices, and textures. Melty cheese is always a hit, as well as crispy bacon. Check out some of my recommended combos:

Set your smoker to 325°F and place the tray of potato skins in the smoker. Cook them for about 35-40 minutes or until the edges are crispy to your preference.

This temperature is ideal for crisping the potatoes while still putting out some smoke flavor. Once you cross 350°F it really steps into roasting, and the smoke flavor will be much less.

You can do this in a charcoal grill, or even the oven as well. Make sure you use smoky bacon and a good seasoning if you’re doing it in the oven, so it still has that BBQ flavor.

What to Serve with Smoked Potato Skins?

Pass me a tall, ice-cold beer and a plate of these smoked potato skins. Likely, that’s all I’d need. However, if you’re serving up a crowd there are plenty of options to pair with these. Don’t forget the dipping sauces too! 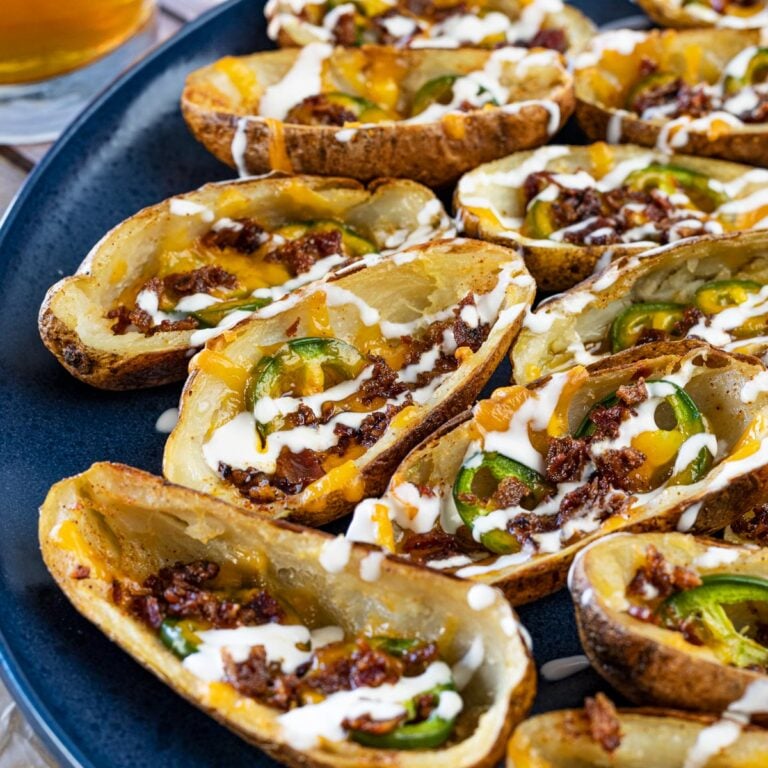 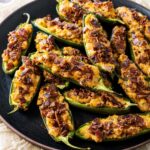 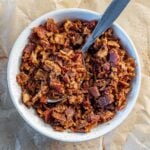